Isobel has always dreamed of having her own small livery yard, once the horsey bug bit her at a young age. From non-horsey parents, she was not able to have her own horse until the age of fourteen, when, with the help of a point-to-point jockey, she bought Sam. That was a disaster! Hence the much loved, but feared, 5 yr old thoroughbred that bucked and reared had to go.

Sam was replaced with a more sensible connemara called Bobby; the start of a long life and love with horses had begun. Pony Clubbing, hunting, dressage, eventing, hunter trialling was on the cards, weekends and holidays. After eighteen months of confidence building, a move up to Pythagoras ensued; he was a connemara/thoroughbred and offered more of a challenge.

Pythagoras went with Isobel on her first training trip to Talland School of Equitation. This occurred during a gap year after A levels. It was here in 1992 that Isobel gained her BHSAI. What a truly inspirational journey that was for them both, being trained by Molly Sivewright, Pammy Hutton, Adam Kemp and Gerry Sinnot.

Isobel had to take up her place at Keele University to read English and American Studies, and sadly Pye had to be sold. University life was a little lonely with future husband back in Worcester, and no horse. Within weeks Isobel had discovered Puck, the 3yr old homebred at Sue Frank’s yard; this made coming home at weekends a must!

Puck or ‘Midsummer Dream’ was to be a dream horse, an IDXTB, he excelled in 4yr old Burghley Young Event Horse classes which Isobel produced him for. He was a dab hand at affiliated dressage and qualified for Prelim/Novice regionals, before moving into Elementary some time later. He was very successful at Riding Club Area level, going to the National Championships in Dressage and Eventing; Isobel and Puck were 2nd and 3rd individual at the Riding Club 2DE  two years on the trot.

At the same time, Puck was eating up the cross-country at British Eventing Pre-novice and later Novice, qualifiying for the Super Solvitax owner/rider series on consecutive years. His eventing career culminated in reaching Intermediate level by 2000, (Catton Park Horse Trials) a week before Isobel got married! Then unfortunately ‘foot and mouth’ struck Britain, and after that a virus struck Puck, and then a hind suspensory injury plagued him for a few years, putting pay to his eventing career.

Whilst at university Isobel had become a member of the Keele Uni Riding Club, then secretary, then President. During inter-university matches Isobel qualified for the National Championships in her first year, and after winning this was selected to ride on the Great Britain Student Squad. This meant four fun filled years of competitions in Ireland, Holland, France, Germany, Egypt, Switzerland, and the U.K. competing on borrowed horses in the disciplines of Dressage and Show Jumping. An added bonus was that Isobel was awarded her full colours and then Sportswoman of the Year in her final year at Keele.

Having gained a BAHons 2:1, it was time to go back to Talland, this time with Puck in tow, to achieve the next level of qualifications. Puck came on in leaps and bounds, and so did Isobel!! Achieving the BHSII in 1998 was due to hard work at Talland but also due to Paul Ingram who helps Isobel and her horses to this day.

Since then Isobel has ridden numerous horses for owners, in eventing and dressage, has taught all levels and disciplines, trained horses and riders from Pony and Riding Clubs, and competed her own horses, the latest being ‘Mikita’ who has qualified for British Dressage Novice and Elementary regionals, Winter and Summer 07, 08 and 09. She is a Pony Club AH test trainer and examiner and regularly runs Horse Owners Courses, and trains candidates for their BHS exams.

Above all though, Isobel has a fantastic husband, who has supported her love of horses throughout, and through his determination and hard work, he has made the Birch Farm dream come true. Together with the children they are a team, and want Birch Farm Livery to be the perfect home from home for your horse, where equines are calm and happy, due to the great sense of well-being and experience felt on the premises. 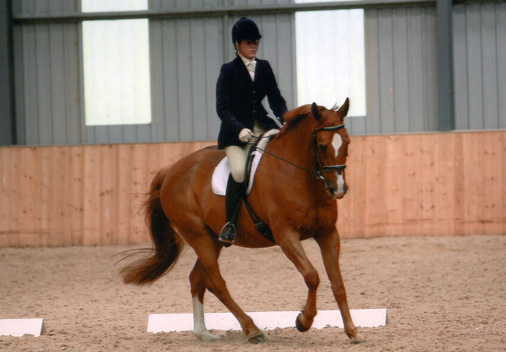 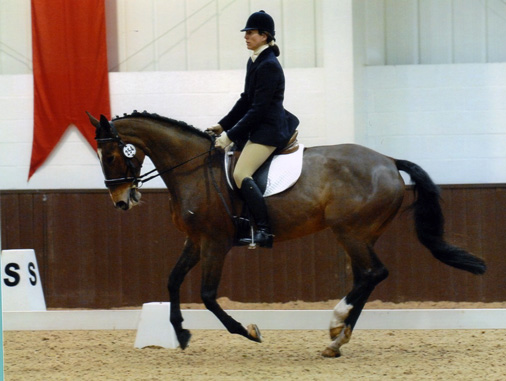